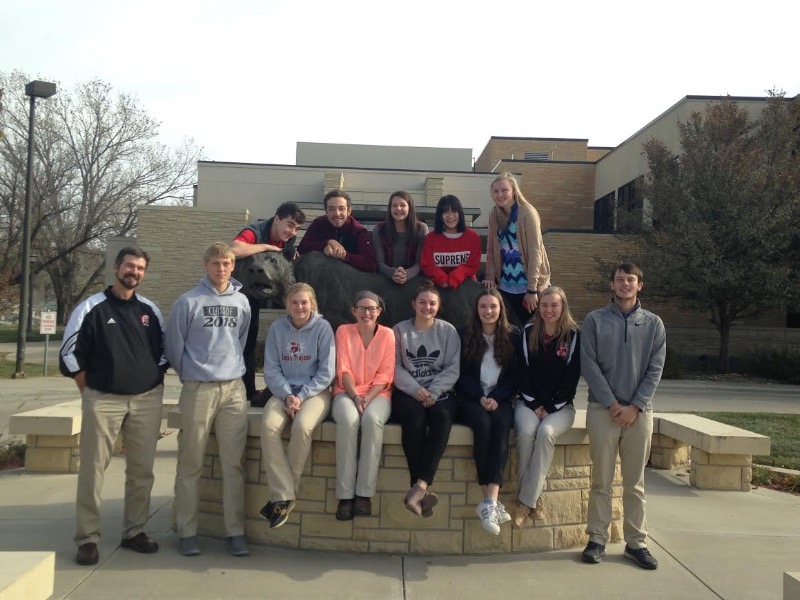 On Thursday, November 9th, 2017, Fort Hays State University held its 39th annual Math Relays.  There were over 737 students from class 1A-6A schools that competed in this exciting event.  That’s out of a total of 56 schools in attendance!  There are six 20-minute tests that the students take during the day.  They include Using Number Sense, Trigonometry, Algebraic manipulations, Informal Geometry and Measurement, Applications of Algebra &amp; Arithmetic, and Calculations with Calculators.  The students can take these tests as teams of three or individually.  If taken as individuals, they often compete against 60 to 80 other individuals in their
grade level.

Many of those not mentioned above placed in the upper fiftieth percentile of their competitors in each event, which is very good.  Our students are competing against individuals and teams from 1A through 6A schools and doing exceptionally well!  Overall, our school placed 8th out of twenty 1A schools attending the relays.  All of our students who competed represented Logan well.  They are to be commended on their performance and their behavior.  Congratulations to this year’s FHSU Math Relays competitors from Logan High School!  You make us very proud!! - Jerrod Hofaker.