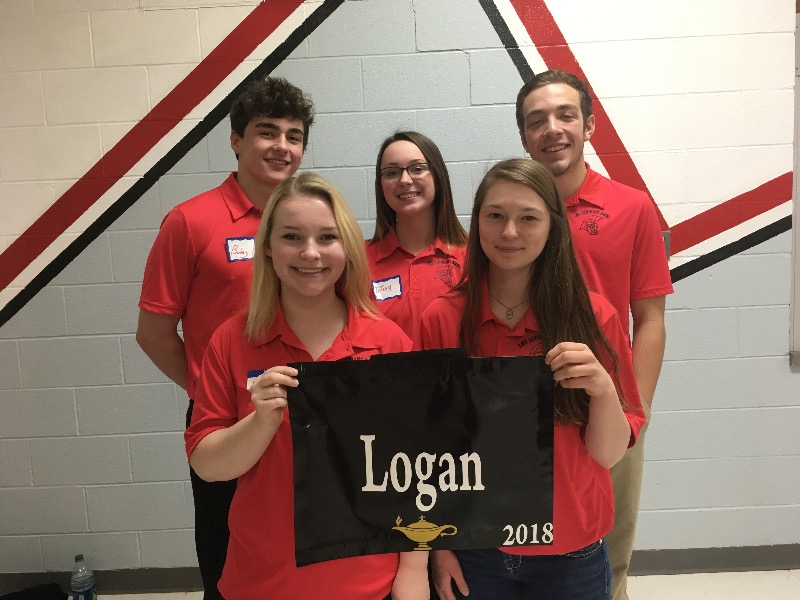 The LHS Scholars' Bowl team competed Saturday, February 10, at the State Championship Tournament in Ransom.  Team members Makenzie Jansonius, Tiffany Horn, Bodey LeRoux, Matt Kirkendall, and Riley Stockman competed in Pool A with the top three teams moving on to the championship round.  They finished the competition with a record of 3-2.  They defeated Golden Plains, Grainfield/Wheatland, and Kiowa-South Barber.  They lost to Wetmore and Linn.  This put them in a three way tie for 2nd place in their pool.  When the first tie break rule was applied, all three teams had a 1-1 record in play against each other, so they remained tied.  The next tie break rule is margin of victory.  When this rule was applied, they again were all tied.  It came down to the 3rd tie break rule which is total points in competition against each other.  Unfortunately for the Trojans, when this rule was applied, Golden Plains and Linn advanced and Logan was eliminated.  Leading scorers for the Trojans were Matt Kirkendall with 70 points and Bodey LeRoux with 50 points.  The team was excited for the opportunity to participate in the state tournament and had a terrific day.  With three of the five members of the team returning next year, they look forward to a chance to return to the State Championship!