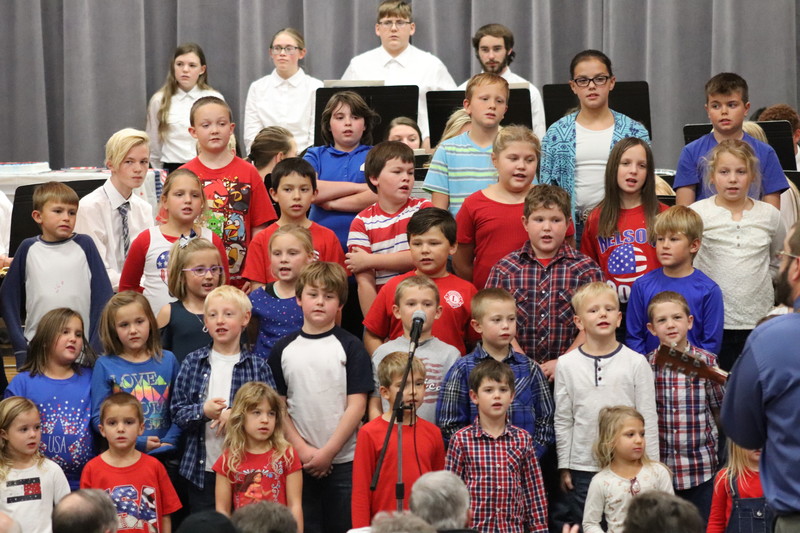 In Honor of Veterans Day, Logan schools held a celebration on Friday, Nov. 10 at 2:00 p.m. at the Logan Auditorium to honor those who have been in the military.

Following the Reveille played by Madison Gottstine and Posting of the Colors from the American Legion Post 281, the audience enjoyed musical performances from the elementary students, and the junior and senior high choirs and band.  Brien Stockman, Veteran of the US Marine Corp, gave a moving speech about "How to Honor a Veteran," and Dave Kirkendall, also a Marine Veteran, presented a video entitled "Some Gave All."  A cake cutting ceremony was also held by Mrs. Vesta Jo Still, Bessie Gaines and Michael Daniels as they gave the first pieces of cake to the oldest and youngest veterans in the audience who were Warren Sidman and Josh Vahling respectively.  After Retiring of the Colors and Taps, the audience moved to the lunchroom for refreshments.