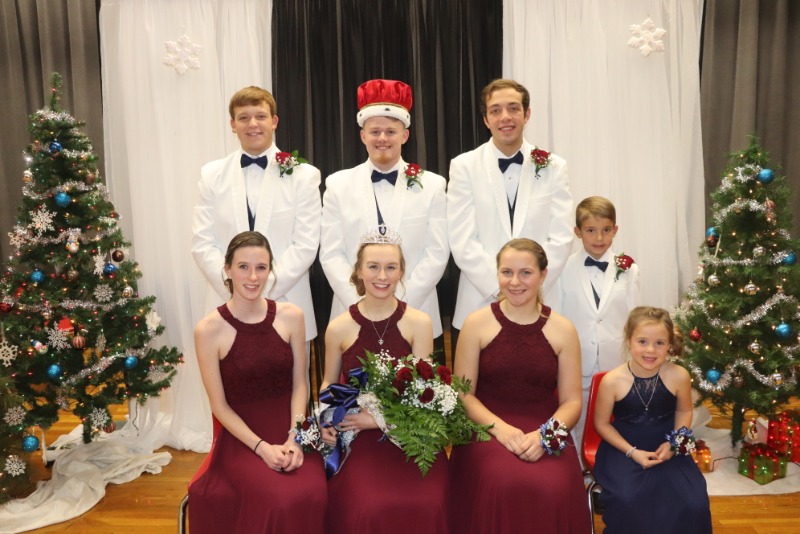 Following the royalty procession to the song "I Don't Want to Miss a Thing" by Aerosmith, Emma Rust closed the ceremony.  Pictures were taken, and the students moved to the small gym for the dance.