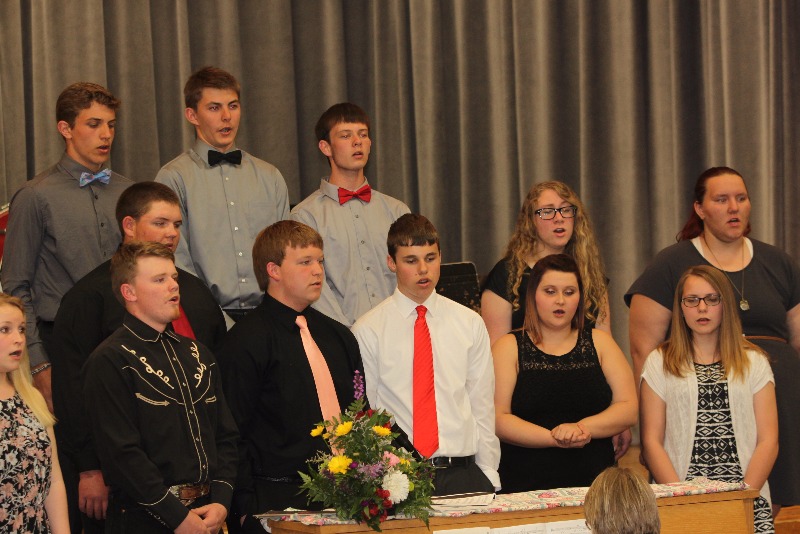 The 7-12 grade musicians presented their spring concert on Thursday, April 20 in the Logan Auditorium under the direction of Mrs. Vesta Jo Still.

Performing first was the Junior High Percussion Ensemble who played "Percussion on the High Plains" by Kurtis Koch.

Second was the Junior High Choir, who performed the songs "Bare Necessities" arranged by John Leavitt and two other songs.

Toward the middle of the concert was the Instrumental Trio (Kayla Hofaker, Faith Hofaker and Madison Gottstine) who performed their contest piece "Allegro Maestoso" by G.F. Handel.

Second to last was the High School Choir singing the songs "Like an Eagle" by Carl Strommen, "Shut De Do" arranged by Mark Hayes, and three others.

Wrapping up the concert was the High School Band performing their two contest selections and the songs "Aladdin" arranged by Michael Sweeney and "Zia Zia" by Claude T. Smith.

Following their performance, a reception was held in the cafeteria where several woodworking, laser engraver, t-shirts and computer designs were displayed.