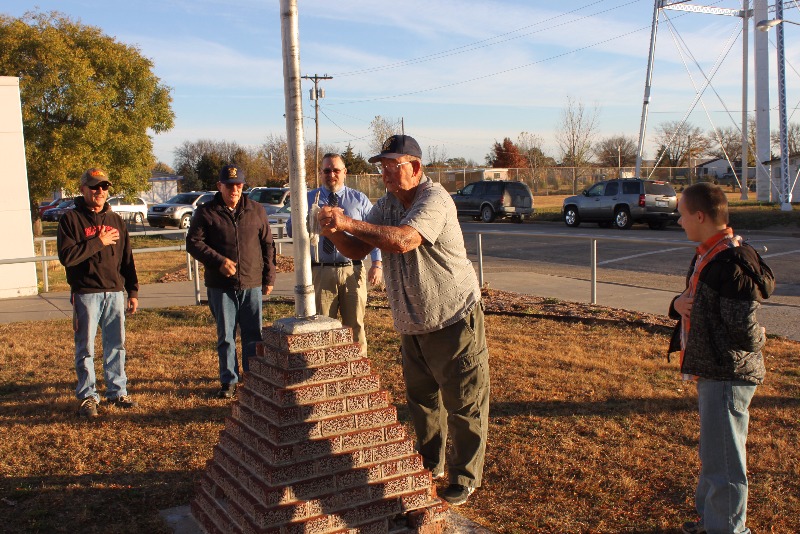 Seventh grader Aaron McClurg wrote letters to five local veterans, asking them to help him raise and lower the flag at the school on this special day.  Aaron also made posters for the American Legion and the school.

The first and second graders, with their teachers Kayla Moore and Anissa Kats, learned a song titled "Welcome Home" by Monte Selby.  The kids learned the song and sang it to the veterans who work at the school.  "They were excited and wanted to sing it over and over again.  They were so proud of themselves," said Mrs. Moore.

The junior and senior high marching band students finished the day by traveling to Norton to participate in the annual Veterans Day Parade.