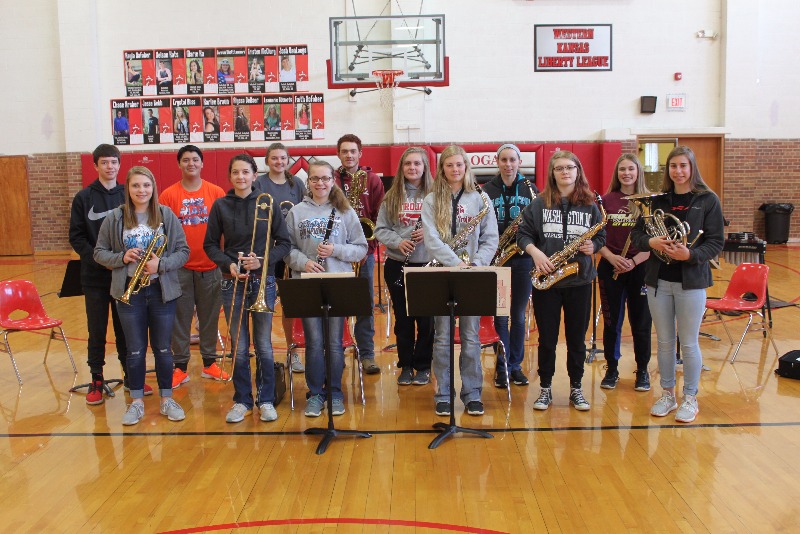 On Thursday, April 13, the Logan High School Band traveled to Colby to attend State Large Group Music Festival.  Schools from Hays to Atwood performed for a panel of three judges as well as an audience.   Both bands and choirs competed.  The Logan Band performed “Blue Ridge Saga” by James Swearingen and “Foxfire Concert March” by Ed Huckaby.  For their efforts, the band earned an excellent rating of a 2. The band played well and the judges’ comments were favorable.

Many thanks to Healy, Northern Valley, Golden Plains and Brewster students/schools for attending. Thanks to Logan Schools faculty and staff for supporting this event.

Here are the results for the Regional Music Contest April 1, 2017  Oberlin, Kansas