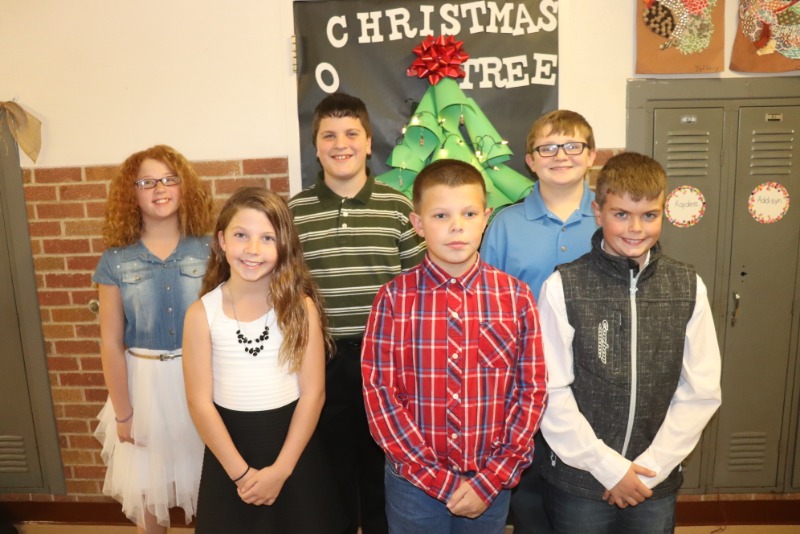 Selections for the NW District KMEA High School Honor Band and Choir have recently been announced.  Representing Logan High School in the Honor Band will be Madison Gottstine, junior, daughter of Phil and Janet Gottstine.  Madison auditioned on required material and was chosen from a pool of students from the NW District. Madison earned the first chair spot in the trumpet section for the second time. The concert is Saturday, Dec. 8 on the campus of FHSU inside Sheridan Hall at Beach-Schmidt Performing Arts Center. The concert begins at 3:30.  It is open to the public. Admission is $5 for adults; students are admitted free.

In addition to the high school honor band and choir performances, Logan is also represented in the Elementary Honor Choir.  Selected to perform with other 5th-6th grade students from the northwest district are Kaitlyn Alexander, Kendra Alexander, Gavin Gottschalk, Ryan Prewo, Tye West and Case Ashmore. These students will rehearse during the morning of Dec. 8 with their hard work culminating in a concert beginning at 12:30 p.m. The concert will be held inside Sheridan Hall on the stage of Beach-Schmidt Performing Arts Center.  Admission is $5/adults; students are free. Admission is good for both concerts.

Congratulations to all students.  Paul Prewo and Vesta Jo Still are the instructors.