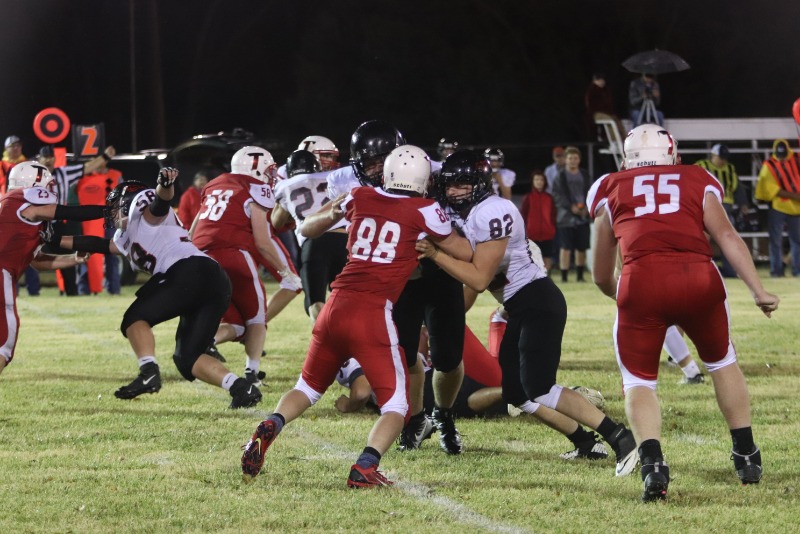 Following the Palco homecoming coronation, the Logan/Palco Trojans hosted Sylvan Grove in a regular season match-up at the Palco field.  It was a marathon night as the game was delayed before the opening kickoff due to lightning.  After waiting in anticipation, the players finally took the field and played for 7 minutes before a second delay was called.  Once the storm passed, play resumed again, but over an hour later than usual.  The Trojans couldn't maintain their first quarter lead and finished the game with a score of 26-42.  Sophomore Josh Uhland lead the team with 112 rushing yards and 2 touchdowns, and senior Gage DeBoer caught a 26 yard pass for another 6 points.  On the defensive side, senior Nate Cruz totaled 12 tackles, Ian Sparks with 11 and Micah Thompson with 9.  Thompson also earned a 72 yard kick return.  Next action for the Trojans will be in Husky territory as they travel to Almena on Friday, Oct. 25.