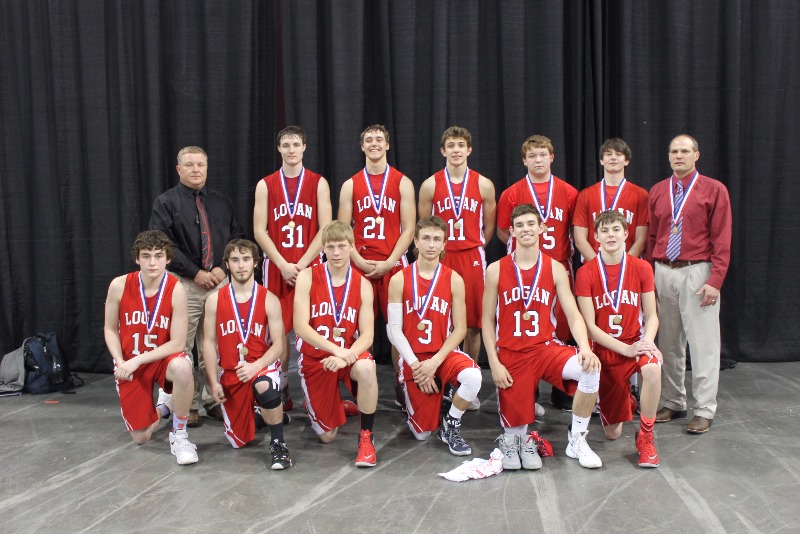 On Friday, March 11th the Logan Trojan basketball team was once again escorted out of town as they made their way to Dodge City for the final two games of the history making 2015-2016 basketball season.  In the semi-final game the Trojans faced the #2 seed, Attica Bulldogs, at 8:15 p.m.  The quickness and hot shooting of the Bulldog team was more that the Trojans could contain.  The Trojans were outscored in each of the four quarters resulting in a 41-54 loss, but certainly played with heart and hustle to the final buzzer of the game and have nothing to be ashamed of.   In the contest, the Kats boys (Kelson and Regan) lead the team with 13 points a piece.  They were followed by Josh Van Laeys with 6 and Riley Allen with 5.   Van Laeys had 12 rebounds, 2 blocks and 4 assists, Regan had 9 boards, one assist and a steal.  Kelson finished with 5 rebounds, Tien had 2 assists and Colton Greving had a rebound and a steal.

With the loss the Trojans turnaround time became short, as they were then scheduled to play the #1 seed St. John’s/Tipton Bluejays in the consolation game at 2:00 on Saturday, March 12.  The Bluejays were rebounding from their heartbreaking loss to Hartford in the semifinals, that ruined their perfect record and dreams of the “perfect season.”   This created extra motivation for them as they shot almost 40% and rolled to a victory over the Trojans.  In the consolation game the Trojans lost 41-56, with 31 of those points coming from Bluejay all-star, Davis Dubbert.  The Trojans were led by Austin Tien with 13 points, 5 rebounds, 1 assist, 1 blocked shot and 2 steals.  Also scoring 13 was Regan Kats.  He had 6 rebounds, 1 assist and a blocked shot.  Josh Van Laeys finished the game with 10 points, 17 rebounds, 3 assists and 3 steals.

The fourth place finish for the Logan Trojans was not what they hoped for at the beginning of the championship week, but should be very proud of what they have accomplished this week and this year.  They finished with a record of 21-5 and fourth place state medals.  The two losses that they endured at state were to the #1 seeded team and the eventual state champions.  The final combined record of those two teams is 49-3.  One more time a large congratulation goes out to these young men and their coaches!  Thank you for taking your school and community on a very exciting ride.  We are proud of you!! 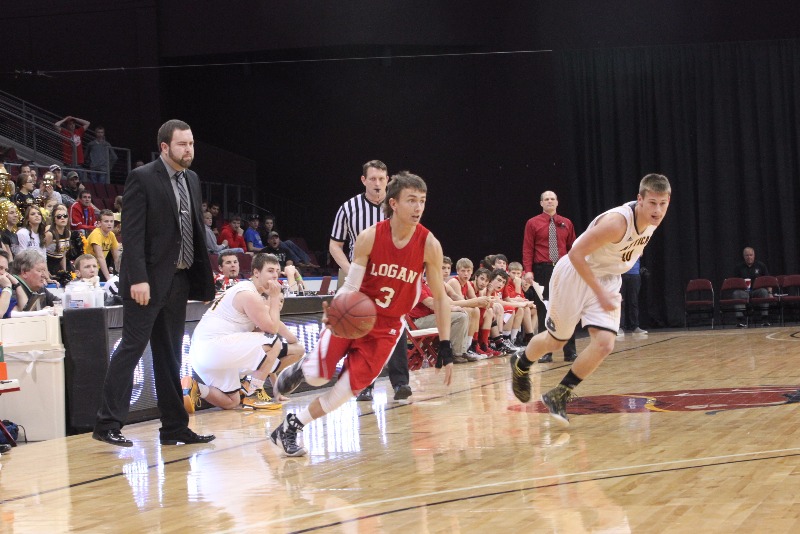