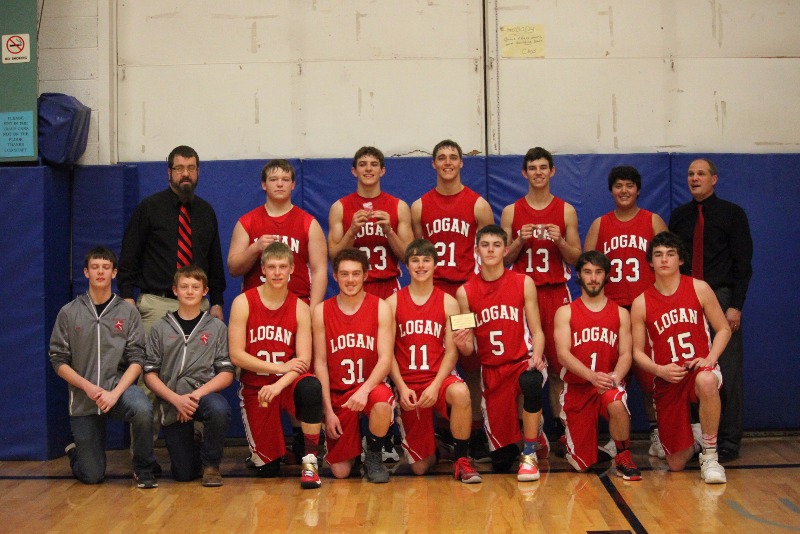 The Logan Trojans boys basketball team, like the girls, found themselves competing on Saturday, February 4 for the consolation title at the WKLL High School tournament.  Triplains/Brewster was the number one seed in the tournament, but after a semi-finals loss to Wheatland/Grinnell, they were bumped to the the consolation game against the Trojans.  The 22 point second quarter posted by the Trojans helped put them up at half time 28-17.  Trojan fans however were squirming in their seats during the fourth quarter as the Titans outscored the Trojans 17-9, and with their swarming press, threatened to take the lead.  The clock was in the Trojans' favor and they were able to hold on to win by a score of 49-40 and earn the 3rd place title.  The Trojans were led by Josh Van Laeys with 14 points and 16 rebounds, Kelson Kats with 12 points, and Riley Allen with 9 points and 12 boards.  Congratulations to the Trojans for the 3rd place finish.