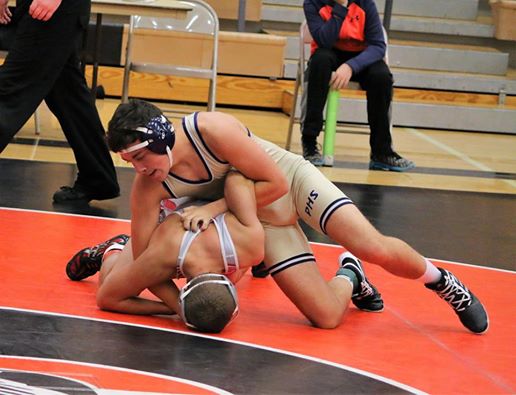 Matthew Kirkendall will be wrestling at Bob Voss wrestling tournament on Saturday, Feb. 11 in Colby.  He won the varsity 160lb position on the Phillipsburg High School wrestling squad.  Matthew has wrestled against many large schools this year.  He has wrestled against Salina Central, Hutchinson, Hays, Garden City, Spring Hill and many others.  Matthew has had a hand full of pins this year.  He has pinned the Oberlin and the Smith Center wrestlers.  His fastest win so far this year has been a 16 second pin.