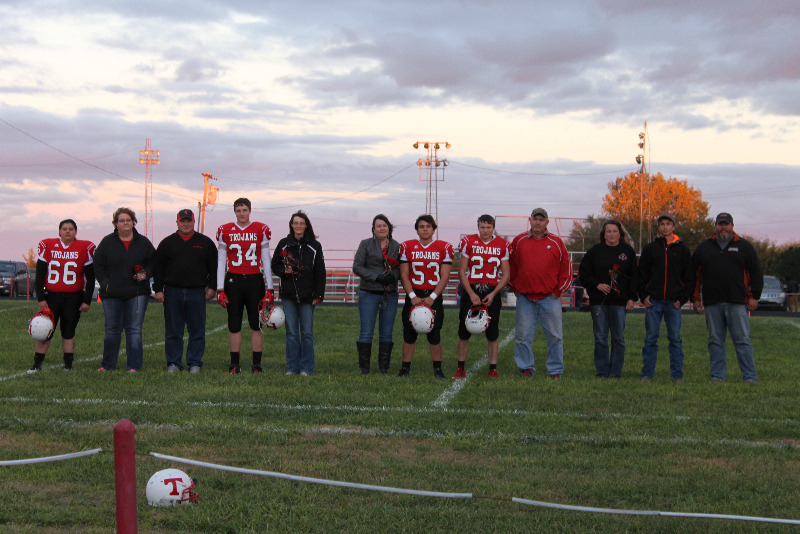 On Friday, Oct. 23, the Logan/Palco Trojans hosted their last home game of the season.  After honoring seniors, Lilhi Cruz, Regan Kats, Garrett Rauth, and Joseph Salinas, along with Austin Tien for cross-country, the Trojans took on the Hill City Ringnecks in an important district game.  After a score of 6-6 at the end of the first quarter, the Trojans began pulling away and finished the game with a score of 46-18.