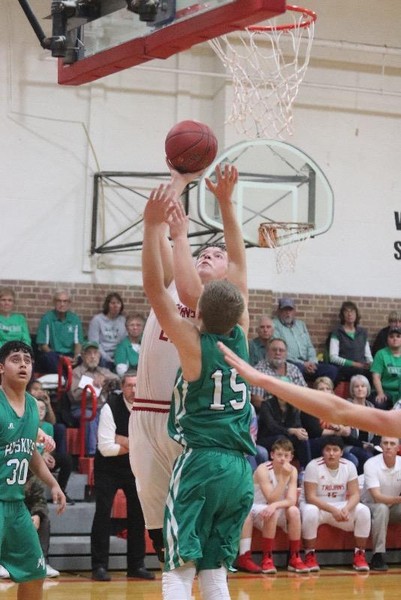 In the final game of the night the Logan and Northern Valley varsity boys went head to head in another heated battle.  The Trojans shocked the Huskies early as they went out to a quick 16-9 lead in the first quarter.  Shooting improved in the second half for the Huskies and they worked their way back to force the overtime period as the score was tied at 60 at the end of regulation.  The Trojans controlled the overtime period for the 68-64 victory.  In the exciting win the Trojans were led by junior, Michael Daniels with 21 points and 14 rebounds and senior, Colton Greving who had 21 points, 7 rebounds and 6 assists.  Senior, Riley Allen also had 12 points, 14 rebounds and 6 assists.

The final game before Christmas break for the Trojans will be on Tuesday, December 19 at Oberlin.