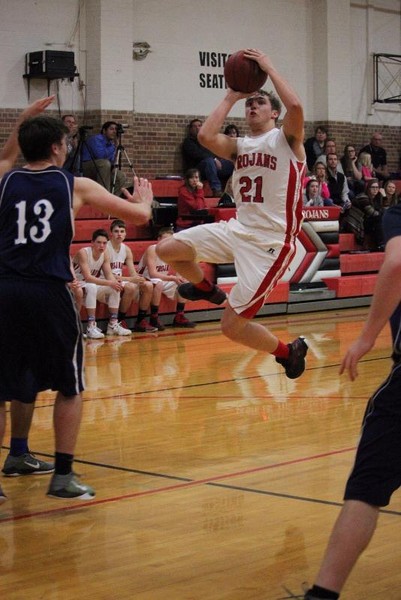 Before the final game of regular season play, the two seniors of the Logan High School basketball squad were honored on Friday, February 24. Those boys were:

Cheylin was short on boys, so there was no junior varsity for the night.  The Cougars came in ready to play and shot well in the first half, and the score was tied at 16 after two quarters.  The second half was all Logan Trojans as they outscored the Cougars 35-9 to create a final score of 51-25.  The Trojans enjoyed uniform scoring between four players with Lane Stapleton netting 14 points, Riley Allen had 12, Van Laeys with 11 and Kats scored 9. Allen and Van Laeys led the rebound category with 8 a piece and Van Laeys had 5 steals while Bodey LeRoux had 4.  On Friday, March 3 the Trojans go to work at the Sub-state tournament in their first game against the Wheatland/Grinnell Thunderhawks in Palco.