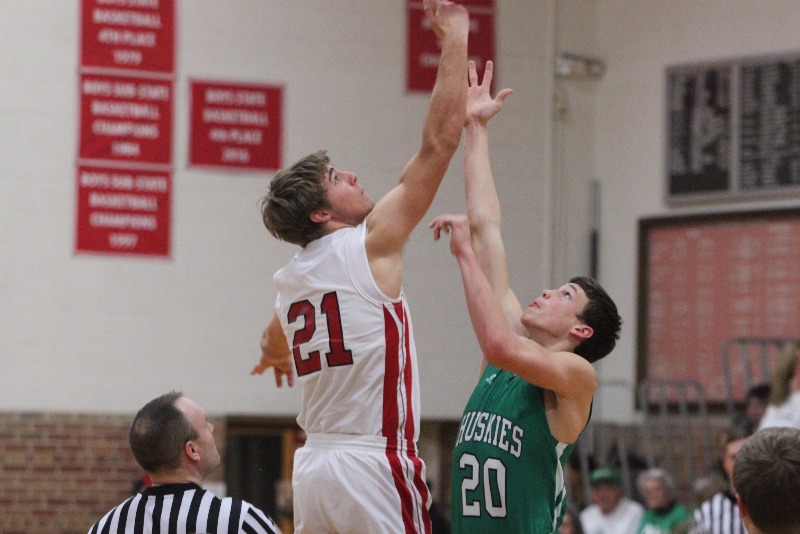 On Friday, January 27th the Northern Valley Huskies traveled to Logan for the second matchup so far this basketball season.  The evening was shorter than normal, as the Huskies were not able to play any JV quarters due to low numbers.   The Huskies will not be accused of not being ready to play, as they poured in 44 points the first half, with 32 of those coming the second quarter.  The Huskies shot 15 for 32 from the 3-point line with a large percentage of those makes coming in the second quarter.  Despite being down 26-44 at half, the Trojans never gave up and were able to outscore Northern Valley in the second half by 18 to create a tie ball game at the end of regulation, 58-58.  The overtime momentum swung in favor of the Huskies and they were able to post the 64-71 victory over the Trojans.  Logan had seven boys score and together they shot 50% from the field.  Josh Van Laeys had 20 points and 13 rebounds while Michael Daniels poured in 10 points, shooting 100% from the field.  Lane Stapleton had 9 points and 3 assists.  The Logan boys continue play next week at the WKLL tournament against Cheylin on Monday night.