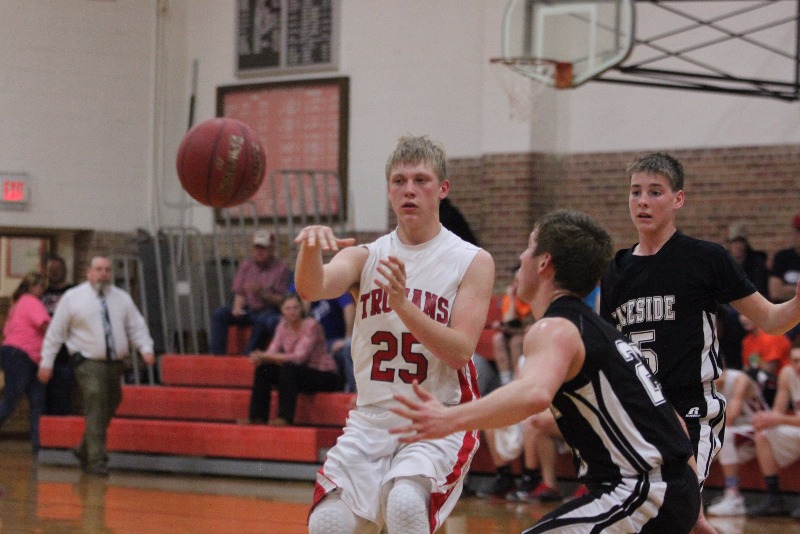 The final junior varsity game of the season was played on Tuesday, February 21 between the Logan and Lakeside boys.  The three quarter game was neck in neck the entire game, consequently, it took an overtime period to decide the victor.  The Trojans came out on the short end as they were defeated 29-33.

The varsity game seemed to be a pretty close match-up of personnel.  The two teams traded strong quarters in the first half, but the Knights had a 16-19 advantage at the break.  The Trojans came back strong in the second half to outlast Lakeside and claim the 43-38 victory.  In the win the Trojans were led by senior, Kelson Kats, who dumped in 15 points and had three steals.  Junior, Riley Allen had eight points, two assists and six rebounds.  The final game of the regular season will be played on Friday, February 24 in Logan against the Cheylin Cougars.