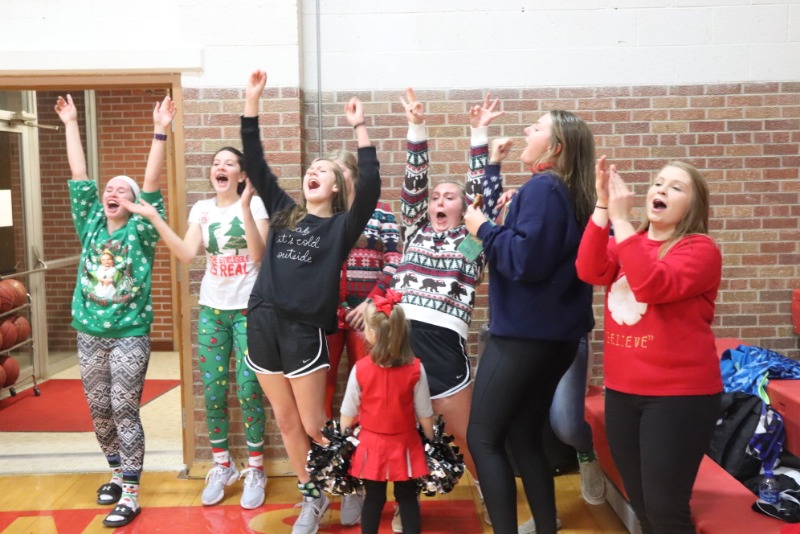 The Logan Trojan basketball teams had their home-opener for the 2018-2019 season on Tuesday, December 11 against the Northern Valley Huskies.  In the junior varsity games, the Logan girls defeated Northern Valley in two quarters with a score of 8-4. The boys, however, fell short to the Huskies by a score of 10-19, once again in two quarters. The next game featured the varsity Lady Trojans and Lady Huskies.  The third quarter proved to seal the deal for the Trojans as they outscored their opponent by a score of 17-2 and then went on to a 66-40 victory.  The Lady Trojans were led by three Trojans in double figures:  Greving with 18 points and 12 rebounds, Voss with 15 and Kelcee Braun 12 points and 5 steals.  For the final game of the night, the Trojans found themselves outmatched as they fell by a score of 27-51.  In the effort, LeRoux had 7 points & 6 rebounds, Cruz had 6 boards and Sparks had 6 points.

On Monday, December 17, the Trojans hosted the Lakeside Knights in the final home game before the Christmas break.  Both junior varsity teams played two quarters.  The girls team fared better than the boys, as they won 11-4, while the boys lost in overtime, 17-19.  The girls and boys varsity games were very similar to each other as none of the teams completely dominated the night, and the lead rock back and forth through the games.  In the end, both Logan teams fell short by 3 points.  The girls lost 40-43 and the boys lost 43-46.  Leading the Lady Trojans were Camryn Greving with 13 points and 9 rebounds, Harlee Voss with 10 points and Kelcee Braun with 11 rebounds.  Setting the pace in the boys game was Michael Daniels with 16 points and 13 rebounds and Trey Kats with 16 points and 4 steals.

In a rapid turn-around, the Trojans played back to back games as they traveled to Oberlin on Tuesday, December 18 to face Decatur Community High School.  In short JV games, the girls lost by a score of 9-22, but the boys came out on top 23-6.  Coming into fourth quarter, the Lady Trojans were within 5 of the Lady Red Devils, but Oberlin doubled up on them in the final quarter, 18-9 and went on to defeat the Trojans 36-50.  The Lady Trojans were led by juniors Camryn Greving and Kelcee Braun who each had 11 points.  Greving also pulled down 10 rebounds in the contest.  The Trojans were able to hold on for a 50-46 victory in the boys game.  In the victory, Nate Cruz had 12 points and 2 steals, Trey Kats had 10 points and 2 assists and Ian Sparks had 11 rebounds and 2 assists.  Play for the Logan Trojans will resume after break on January 4 in Logan again the Golden Plains Bulldogs.