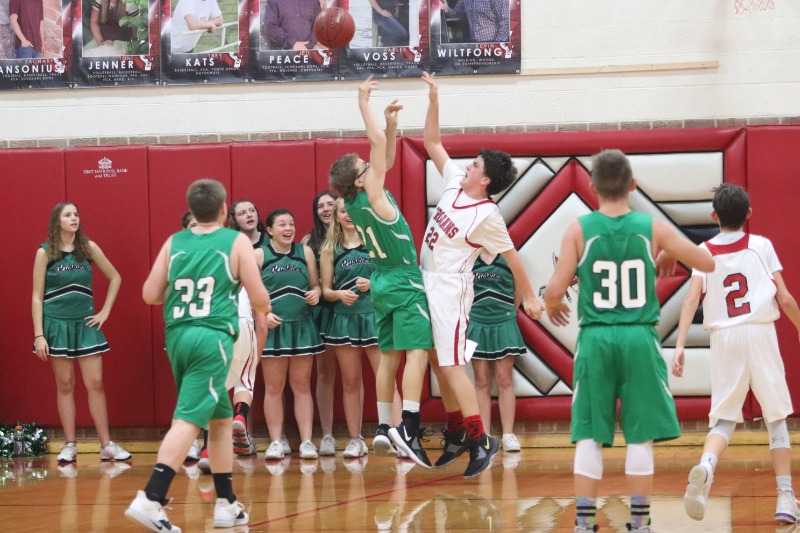 The Junior Trojans stayed home on Thursday, Jan. 16 to host the Huskies from Northern Valley.  On the girls side, after a loss in the B-team game 8-14, the A-team Trojans were ready to play.  They played lights out in the first half with hustle and confidence and hit almost everything they shot.  They held on in the second half and won 32-20, avenging their loss to the Huskies earlier in the season.

With a score of 4-4 in the final 2 minutes of the C-team boys game, Kaden Coleman and Carson Knipp capitalized on the Logan press causing several turnovers which quickly led to Trojan points.  They took the lead and extended it 16-6 by the buzzer.  The B-team lost 19-33, and after a hard-fought A-team game, the Huskies pulled away with several 3s in the 4th quarter to pull away with the 39-26 win over the Trojans.