This Afternoon
Partly sunny, with a high near 90. South southwest wind around 15 mph, with gusts as high as 20 mph.
Tonight
A 30 percent chance of showers and thunderstorms, mainly between midnight and 1am. Mostly cloudy, with a low around 63. Southwest wind 10 to 15 mph decreasing to 5 to 10 mph after midnight. Winds could gust as high as 20 mph. New rainfall amounts of less than a tenth of an inch, except higher amounts possible in thunderstorms.
Thursday
Partly sunny through mid morning, then becoming sunny, with a high near 93. West southwest wind around 5 mph.
Weather forecast provided by weather.gov.
Sign In LinkSearch
Main Navigation 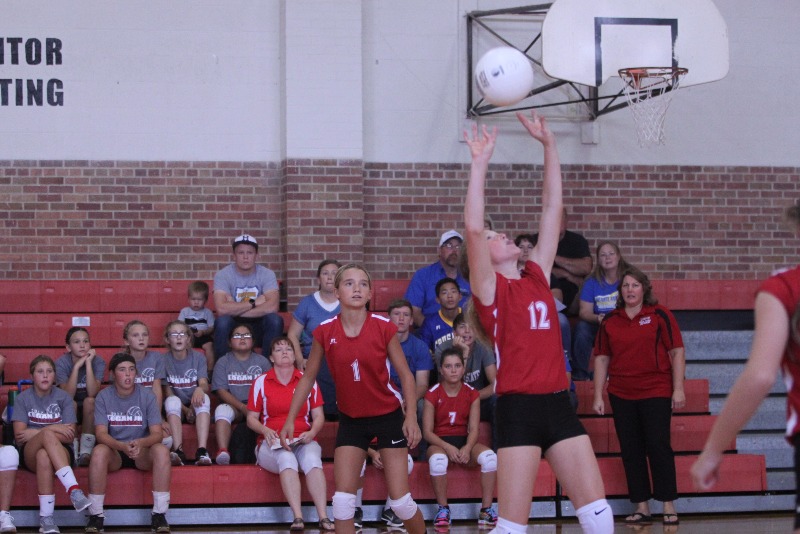 Logan Junior High hosted the Triplains/Brewster Titans on Thursday, Sept. 30.  In volleyball, the A-team girls won in 2 sets, with the B-team losing in one set.  Due to low numbers of Titan players, the boys played a 6-man game of flag football.  The Trojans dominated the game, putting a W in the win column.