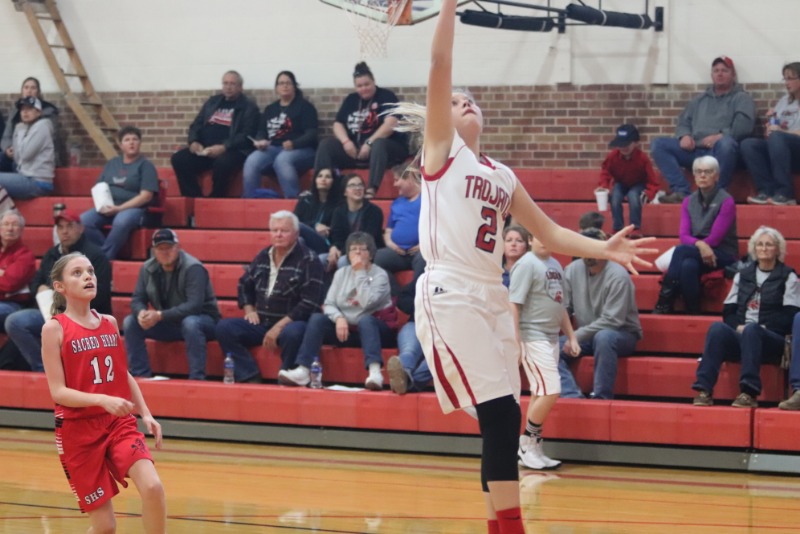 Almost a month since their last game, the Junior Trojans hosted Sacred Heart of Ness City on Monday, Jan. 7.  With low numbers, only A-team games were scheduled.  The Lady Mustang team of only 5 players took the court against the Trojans.  The game stayed fairly close during most of the first half with the Trojans gaining a comfortable lead in the second and holding on for the 34-19 win.

In the boys game, the hot shooting Mustangs gave the Trojans more than they could handle.  Sacred Heart took an early lead in the game and maintained that margin until the final buzzer with a big win over the Trojans.

Next action for the Junior Trojans will be Thursday, Jan. 17 as they travel to Grinnell/Wheatland to take on the Thunderhawks.