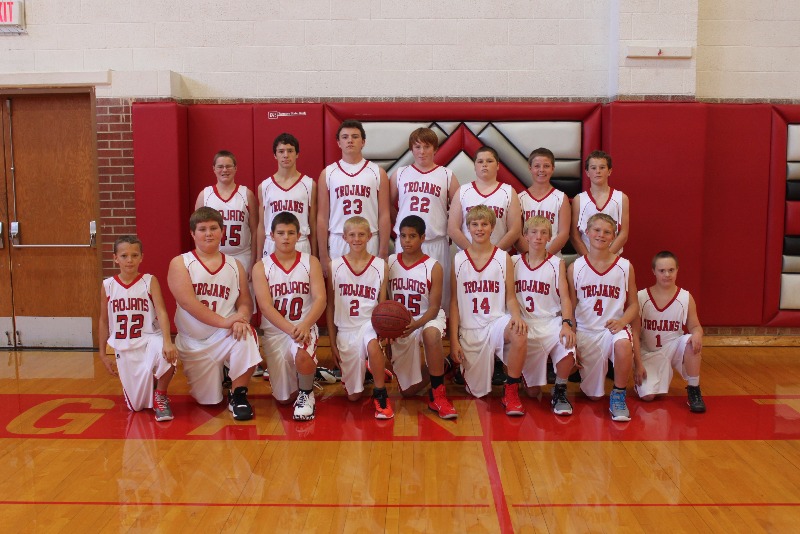 The Logan Junior High Basketball teams finished their season on Thursday, February 9th at Brewster during the WKLL Junior High Basketball tournament. The girls played the play-in game against Northern Valley JH and struggled to get in their offense and therefore were defeated 11-16.  At the same time the Logan B-team boys were playing in the other gym, but suffering from the same problem.  As the 4th place seed they were paired up with Golden Plains who defeated the Trojans by a score of 11-15.  The final Trojan game of the day came late that afternoon as the #5 seeded A-team boys squared up with the #4 seeded Northern Valley Huskies.  The Trojans came out confident, relaxed and aggressive and put together a 26-14 lead going into half time.  However, the Huskies put up a very quick 5 points right after half and it looked as if the momentum was changing.  At the end of regulation the score was tied at 34.  The Huskies prevailed in the final 3 minutes and were able to secure the 36-38 win over the Junior Trojans in overtime.  Congratulations to all the players and coaches for the gains that were made through the year.