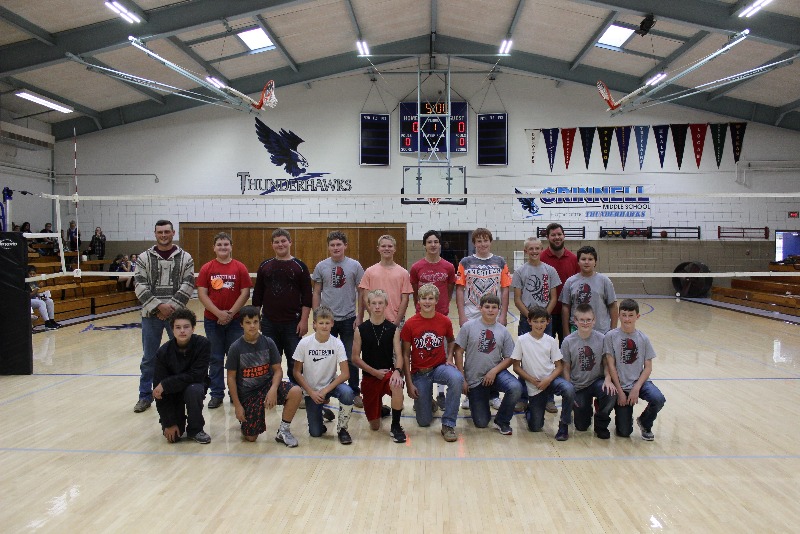 The Logan Junior High football team traveled to Palco to play Wheatland-Grinnell.  They were able to defeat the Thunderhawks 48-6.

"We didn't play as well as we could have in the first half.  We had a big play in the last minute that shifted the momentum.  Most of it was self imposed.  We had a lot of uncharacteristic penalties.  Then, in the second half we got it going on the ground on offense.  The whole offense made some key plays on that side of the ball.  Defensively, we made some adjustments on the D-line and that led to some key stops.  It was probably the best half of football we played all year, I was proud of the guys for fighting through the adversity of the first half and coming out strong in the second half to secure the victory," said head coach Logan Waters.

The junior high Logan Trojan Football team was recognized at the volleyball tournament for their outstanding efforts on the season.  The strong and fast Trojan team ended their season with an undefeated record with wins against Heartland Christian, Cheylin, Northern Valley, Golden Plains, Hill City, and Tri-Plains Brewster.  Way to go Trojans!  We are proud of you!  (Photo by Melissa Graham.  Game photos by Lisa Uhland.)