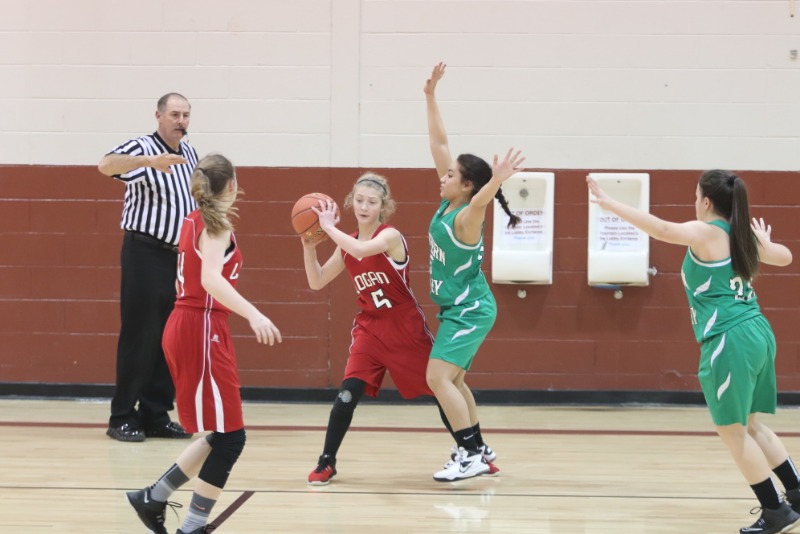 The Logan junior high teams traveled to Brewster on Thursday, Feb. 7 for the first round of the WKLL League tournament.  In the girls matchup, the #5 seeded Trojans took on the #4 seeded Huskies from Northern Valley.  The game was close throughout.  Behind in the 4th quarter, the Trojans made a comeback and were close to tying it in the last seconds of the game, but the final shot fell short and the Trojans lost 20-22.  In the boys contest, the #4 seeded Trojans played #5 seeded Tri-plains/Brewster.  The cold-shooting Trojans struggled to make buckets and allowed the Titans to pull ahead.  The Titans held on to their lead, winning 33-25.  Congratulations, Trojans on your seasons!