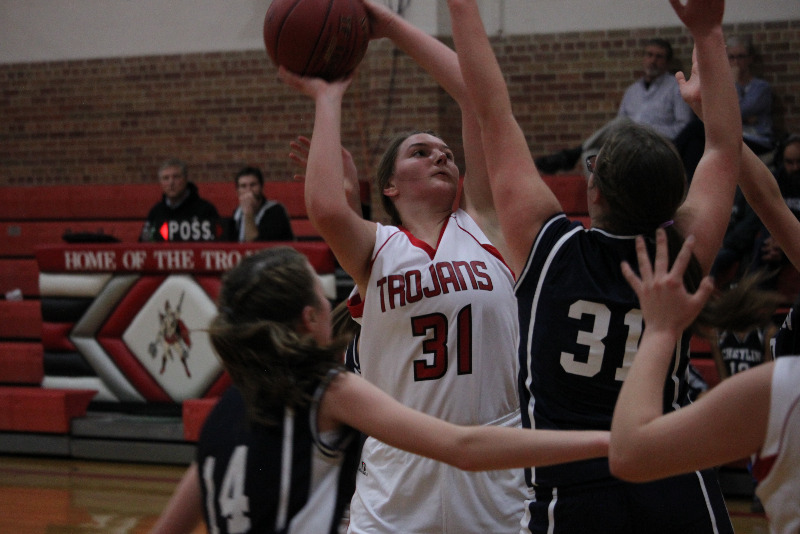 The Logan Junior Trojans hosted Cheylin in the second home game of the season on Thursday, Dec. 17.
The B-team girls won with a narrow margin of 21-18.  Rylee Delimont led the way with 11 points, followed by Haylee Tien with 6.  The A-team girls won easily 32-9.  Kelcee Braun had a big night racking up 18 points.  Camryn Greving added 7 to the scoreboard.

The B-team boys won in the second close game of the night 24-17.  Leading scorers for the team were Jaden Newell with 10 and Dylan Van Laeys with 8.  The A-team boys also won 44-8.  Cody Brown scored 10 points with Ian Sparks and Zach Jansonius both scoring 8.