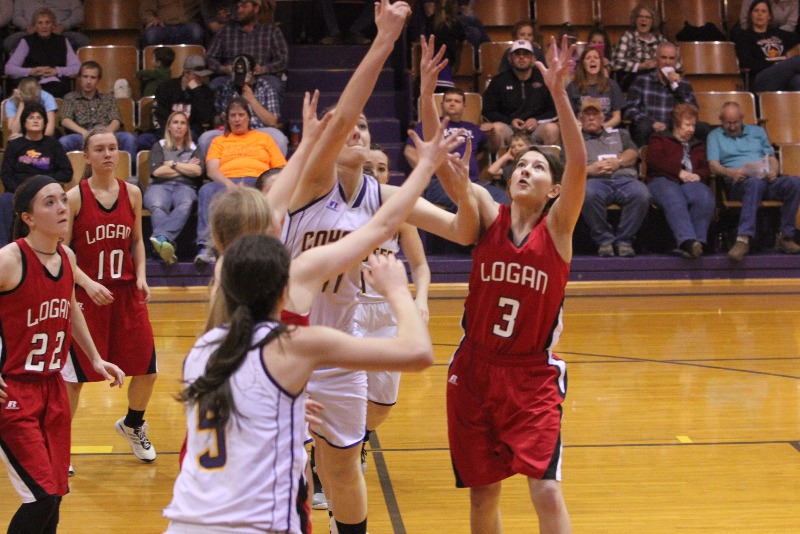 On Friday, February 10, the Logan Trojans traveled to Weskan for a game with their most distance opponent. Weskan only had 9 girls on the roster on game day and so only 2 quarters of junior varsity was played. The Logan girl’s JV team came out on the short end with a 9-13 loss. The varsity game was very evenly matched from start to finish, and evidently after the Trojans 12 point loss at the league tournament, they were determined to have a better outing. They certainly made that happened as the game was tied through a large portion and at the end of regulation it was also tied, forcing overtime. The Trojans were victorious in the overtime period, winning the game 54-49. Freshman Kelcee Braun only had 2 points in the game, but they were certainly exciting, as her shot went in as the final seconds ticket off to force the overtime period. Lexi Hilburn had a big game as she lead the team with 18 points. Senior Karlee Braun had 12 points, 4 assists and 3 steals. Both girls also had 7 reboounds. Next week the Trojans are away for games at Hill City and Wheatland/Grinnell.