WELCOME TO LOGAN USD 326 - HOME OF THE TROJANS! 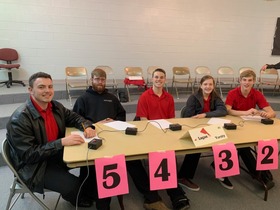 On Wednesday, January 22, the LHS Scholars Bowl team competed at the League Meet at Ransom.  Team members Zachary Jansonius, Jed Peace, Ian Sparks, Khloee Braun, and Dylan Van Laeys competed against the other eleven teams in the WKLL.  The Trojans lost a tie break to eventual champions, Golden Plains, and had several other close matches. They finished the meet 6-5 which put them into 6th place.  Wheatland/Grinnell finished 2nd, and Western Plains took 3rd.  The Trojans worked really well as a team and each team member made a significant contribution to . . . 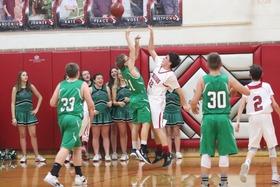 The Junior Trojans stayed home on Thursday, Jan. 16 to host the Huskies from Northern Valley.  On the girls side, after a loss in the B-team game 8-14, the A-team Trojans were ready to play.  They played lights out in the first half with hustle and confidence and hit almost everything they shot.  They held on in the second half and won 32-20, avenging their loss to the Huskies earlier in the season.  With a score of 4-4 in the final 2 minutes of the C-team boys game, Kaden Coleman and Carson Knipp capitalized on the Logan press causing several turnovers which . . . 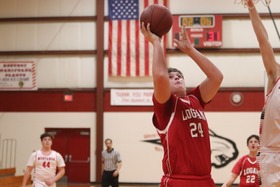 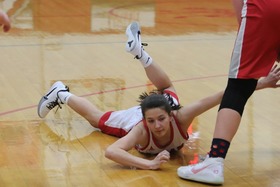 Trojans split with Oberlin at the end of winter break

Coming off of a two-week winter vacation, the Logan Trojans hosted Oberlin in high school basketball on Friday, Jan. 3.   Following a loss in 2 quarters of B-team girls, the A-team girls struggled in the first quarter, but came back in the second to be leading by 2 at half.  The Red Devils came back in the third out-scoring the Trojans 17-10 and then extended that lead in the 4th for a final score of 33-42.  Senior Kelcee Braun led the charge for the Lady Trojans scoring 10 points and grabbing 5 steals.  Harlee Voss scored 9 and Camryn Greving added . . .