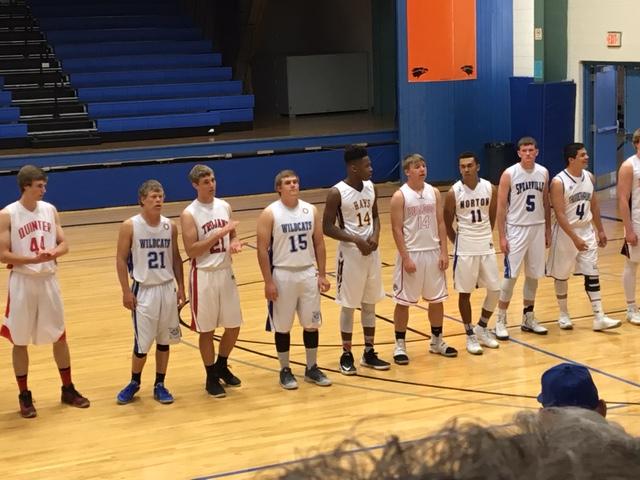 Karlee played for the dark team and scored 4 fast break points.  Although her team lost in a close game, Karlee was excited to be a part of the experience.
"I felt honored to be asked to play in the Colby All-Star game.  Playing with some girls I knew and didn't know was really fun.  The best part of the day was bowling after practice," said Karlee.

Josh played for the light team who won with a score of 116-111.  Josh scored 8 points in the contest.
"It was a lot of fun to play with that many good players.  It was a competitive game too, which made it even better," said Josh.

Congratulations to Karlee and Josh for their honor!